Many times, individuals will be pulled over, issued a ticket, and make the decision to pay simply the fine and forget about it.  However, these traffic violations can have serious long-term consequences, including interfering with a person’s livelihood if they drive professionally and resulting in significant increases in insurance rates.  An accumulation of points also may lead to a suspension of a person’s driver’s license.  It is important to determine whether it is in a person’s best interests to fight the traffic violation.  If the decision is made not to fight the traffic violation, then the ticket automatically goes on an individual’s records and can lead to negative consequences immediately and in the future.

At Swango Law P.C., we believe that there are many times when a strong defense to a traffic violation will lead to numerous benefits in the future.  Some of the cases that we defend include: 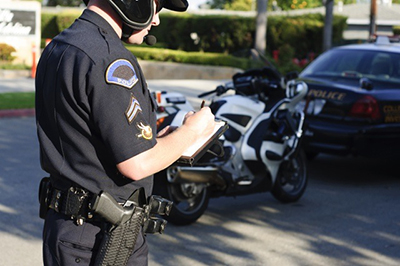 In determining whether or not to mount a strong defense to a traffic violation, it is important to consider the accumulation of points and whether the severity of the violation may lead to enough points to cause the suspension or revocation of a driver’s license.  As with any other charge, it is possible to investigate the underlying basis for the traffic violation and challenge the evidence used to support the charges.  Many times, a law enforcement officer will not complete the appropriate paperwork or will have conflicting information in his or her report.  By breaking down the elements of the case, an experienced traffic violation defense attorney can find the weaknesses that may lead to a reduction or dismissal in charges.

If you have been charged with a traffic violation, it is critical to getting the right legal help as soon as possible.  Jason Swango represents clients in the Hampton Roads, Virginia area, including Virginia Beach, Norfolk, Chesapeake, Hampton, Portsmouth, Newport News, and Suffolk.  Call us today at (757) 383-9229 to schedule an initial consultation.