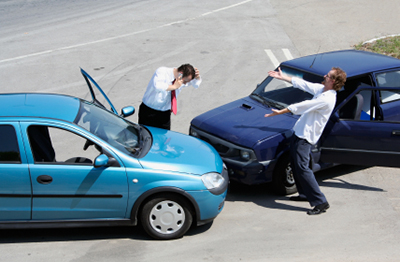 There are many different types of traffic violations with which a person may be charged in the Commonwealth of Virginia, but reckless driving charges often carry with them severe penalties.  Reckless driving is charged as a criminal offense in Virginia, which automatically means a person is facing more serious penalties than a simple traffic violation.  It is important to defend against these charges in order to avoid points on a license that could lead to a suspension, as well as increased insurance costs.  Some insurance companies may drop a driver completely after a reckless driving charge.  For individuals with a commercial driver’s license, making the decision to defend against these charged could be critical to professional success.

There are many different types of reckless driving, but some of the more common that we defend at Swango Law P.C. include:

In order to be convicted of a charge of reckless driving, it is necessary for the prosecutor to demonstrate that a person operated a vehicle in such a manner as to endanger life or limb of a person or the property of another, as well as reckless driving that results in a person’s inability to maintain control of a vehicle.  It is necessary to offer proof of this recklessness, and the fact that there was an accident is not sufficient to satisfy this burden.  One of the first threshold defenses might be that the person charged with reckless driving was not the one actually operating the vehicle.  This might be because a family member or friend falsely claimed to be the person charged at the time of the incident or there may have been an out-and-out case of identity fraud.  If the person charged was, in fact, the person behind the wheel, there still are numerous defenses that may be brought successfully.

An experienced reckless driving defense attorney understands how to identify weaknesses in the evidence that is to be used against a driver.  This may include conflicting testimony from the officer and witnesses, evidence that disputes the allegations of the charge, and the introduction of mitigating evidence.  Once the best defense has been identified, after careful and thorough consultation with between the attorney and client, it is necessary to determine how to use that evidence, including negotiating a reduction in charges or a complete dismissal of the charge.

If you have been charged with a traffic violation, it is critical to obtaining the right legal help as soon as possible.  Jason Swango represents clients in the Hampton Roads, Virginia area, including Virginia Beach, Norfolk, Chesapeake, Hampton, Portsmouth, Newport News, and Suffolk.  Call us today at (757) 383-9229 to schedule an initial consultation.