Charges of DUI also lead to severe professional and social impacts, specifically an inability to pursue certain career paths and ostracism by friends and family.  However, the embarrassment that often surrounds a DUI or driving while intoxicated (DWI) arrest leads some people to attempt to represent themselves.  Prosecutors count on this and often coerce individuals who have been charged with DUI to accept an unfair deal that has long-term negative consequences.  Despite what law enforcement officers and prosecutors want people to believe, there are many different ways to challenge a DUI charge and the first step is finding the right attorney. 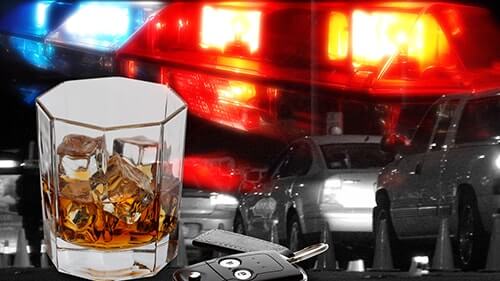 After a DUI arrest, it is imperative to sit down with an experienced attorney as soon as possible.  It also is critical not to volunteer any information after a DUI stop.  Although it may be necessary to submit to the testing administered by the arresting officer, this does not mean that it is unassailable after-the-fact.  At Swango Law P.C., our experienced DUI attorney examines every aspect of the case, from the probable cause used to justify the stop, to the road conditions that were present when any field sobriety tests were administered, to the calibration of the machines used to perform the chemical tests, in order to develop a strong defense.

In addition to challenging the justifications for the stop and the administration of the breathalyzer, it also is possible to demonstrate flaws in the actual test results.  There are factors that contribute to an erroneous reading on the breathalyzer, which include the following: medical conditions, concentrated alcohol in the mouth due to acid reflux or heartburn, and drinks consumed right before the person got the wheel (which means that the individual’s blood alcohol content (BAC) might still be rising after the traffic stop, leading to a higher BAC than the person had when actually operating the vehicle).

One of the things that are important to remember is that rigorous protocols bind the arresting law enforcement officers in every step of a DUI arrest. Many times, these officers fail to adhere to these standards.  An officer may select a rough or poorly lit roadway to administer the fields sobriety tests (FSTs), leading to more indicators of loss of coordination.  In addition, these results are subjective, and an officer who believes that a person has been drinking is going to be looking hard for any justification to move forward with more invasive tests.  Further, an officer is supposed to observe an individual for a set period of time before administering a breathalyzer test.  A failure to do so could have resulted in the person burping prior to the test, resulting in a concentration of alcohol in the mouth that led to a higher BAC read-out on the breathalyzer. Some of the other observations that might be challenged include:

These only are a few of the alleged facts that may be challenged in a strong DUI defense that starts with a hard look at whether an officer had the probable cause to stop a vehicle in the first place.

If you face criminal charges relating to an arrest for driving under the influence, driving while intoxicated, or operating a vehicle while intoxicated, it is critical to getting the right legal help as soon as possible.  We represent clients in the Hampton Roads, Virginia area, including Virginia Beach, Norfolk, Chesapeake, Hampton, Portsmouth, Newport News, and Suffolk.  Call us today at (757) 383-9229 to schedule an initial consultation.

Charges of DUI also lead to severe professional and social impacts, specifically an inability to pursue certain career paths and ostracism by friends and family..Learn More

Once a person has been stopped on suspicion of driving under the influence, there are some things that are likely to happen. Many times, the events at the side of the road..Learn More