A conviction for any crime can lead to serious negative impacts both short-term and far into the future.  Even a misdemeanor conviction can impede a person’s ability to obtain the education that he or she wants, pursue certain types of careers, attain certifications and licenses, and even qualify for loans and certain housing.  Therefore, it is crucial to retaining the right attorney to develop a strong defense strategy that aligns with the unique goals and circumstances of the person being charged with the crime.  Petty theft crimes fall within this general view.

Theft crimes involve the unauthorized taking of property belonging to a third-party where the person taking the property intends to prevent the owner from enjoying the use and benefit of the property moving forward.  There are some different types of theft crimes, including: 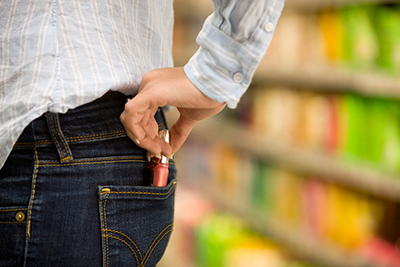 Most petty theft crimes do not involve significant property values, which is why many people convince themselves that it is okay to commit the acts that lead to the criminal charges.  The decision about whether to prosecute a theft crime as a misdemeanor or a felony tied to the dollar amount placed on the property at issue.  In the Commonwealth of Virginia, these crimes are taken very seriously.  A person might face felony charges for grand larceny if the property that taken unlawfully was valued at $200.00 or more.

A charge of petit larceny may be brought if the value of the property that was taken unlawfully was less than $200.00.  If the property was taken directly from the possession of another person, such as a snatch-and-grab, then the value of the property must be less than $5.00 for a petit larceny charge, otherwise it will be charged with grand larceny.  This crime is a Class 1 misdemeanor, and a person faces legal fines of up to $2,500.00 and a possible jail term of up to one year.  See Virginia Code Ann. §18.2-96.

Charges of grand larceny arise out of the theft of property valued at or above $200.00 or taking from the possession of another person property that has a value of $5.00 or above.  See Virginia Code Ann § 18.2-95.  This crime usually is charged as a felony involving incarceration in a prison for a term of one to 20 years, as well as the imposition of legal fines of up to $2,500.00.  A judge in Virginia does have the discretion to punish grand larceny as a misdemeanor under certain circumstances.  With both petit and grand larceny cases, the penalties may be far more severe if the individual being charged previously has been convicted of a theft crime.

In addition to the criminal penalties surrounding theft crimes, there also are civil remedies available, including restitution to the person from whom the property was unlawfully taken.

There are many defenses that may be raised in theft cases, including challenging the procedural methodologies of the investigating officers, denying the commission of any crime, seeking the dismissal of evidence based on violation of the defendant’s rights, and challenging the impact of the evidence.  At Swango Law P.C., Jason Swango carefully constructs his defense strategy after a detailed analysis of the facts and consultation with his clients to obtain the best results possible.

If you have been charged with petty theft crime in the Commonwealth of Virginia, it is critical to getting the right legal help as soon as possible.  Jason Swango represents clients who have been charged with theft crimes in the Hampton Roads, Virginia area, including Virginia Beach, Norfolk, Chesapeake, Hampton, Portsmouth, Newport News, and Suffolk.  Call us today at (757) 383-9229 to schedule an initial consultation.

A conviction for any crime can lead to serious negative impacts both short-term and far into the future. Even a misdemeanor conviction..Learn More

There are many different actions that can lead to criminal charges, many of which appear innocuous at the time the person decides to engage in the behavior.Learn More

There are many different ways for a person to find himself charged with a drug crime in the Commonwealth of Virginia. Virginia classifies both drugs..Learn More