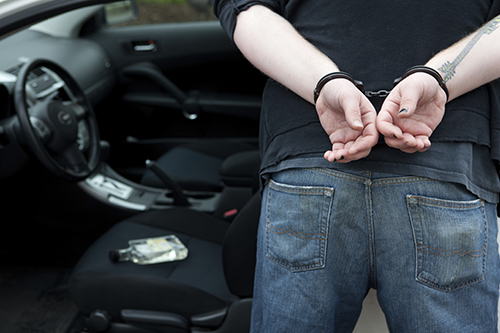 There are many different ways for a person to find himself charged with a drug crime in the Commonwealth of Virginia.  Virginia classifies both drugs, such as cocaine and marijuana, as controlled dangerous substances (CDS), but also classifies the compounds most often used in the manufacture of drugs, so there are many more ways in which someone could be charged with possession.  Many of the drug crimes in Virginia arise out of possession for personal use.  When a person charged with a crime relating to the manufacture, distribution, or sale of a drug, the penalties are far more severe.

One of the first things that a criminal defense attorney will do is determine the underlying nature of the crime.  Specifically, it is critical to addressing the following:

The classification of drugs or the manufacturing compounds based on a number of factors, including whether or not the drug has a recognized medical use, and how important that use may be, as well as the dangerous and addictive nature of the CDS.  Based on an analysis of these things, there are six different categories, known as schedules.  A Schedule I drug is deemed to be extremely dangerous, highly addictive, and have no known medical benefits while a Schedule VI drug may have significant medical uses and little or no addictive qualities.  Some of the Schedule I drugs include heroin, LSD, ecstasy, and GHB.

The law in Virginia about possession, manufacture, and distribution of drugs depends on the type of drugs at issue.  There are specific laws that deal with the possession, sale, and distribution of marijuana, including the fact that a first possession offense is (typically) charged as an unclassified misdemeanor.  If the person is found to have a valid prescription for marijuana, then there will be no criminal charges.  For the more serious crimes, including drug trafficking, a person may find himself facing both Virginia and federal charges.  These serious felony crimes may lead to years in prison and require very specialized defense.

If you have been charged with a drug possession crime in the Commonwealth of Virginia, it is critical to getting the right legal help as soon as possible.  These drug charges can lead to serious legal fines and jail time, regardless of what the prosecutor may say to attempt to get you to agree to a plea deal.  Jason Swango represents clients who have been charged with drug crimes in the Hampton Roads, Virginia area, including Virginia Beach, Norfolk, Chesapeake, Hampton, Portsmouth, Newport News, and Suffolk.  Call us today at (757) 383-9229 to schedule an initial consultation.

There are many different ways for a person to find himself charged with a drug crime in the Commonwealth of Virginia. Virginia classifies both drugs..Learn More

A conviction for any crime can lead to serious negative impacts both short-term and far into the future. Even a misdemeanor conviction..Learn More

There are many different actions that can lead to criminal charges, many of which appear innocuous at the time the person decides to engage in the behavior.Learn More