Is a DUI/DWI a Felony or Misdemeanor in Virginia? What Are the Penalties?

Is a DUI/DWI a Felony or Misdemeanor in Virginia? What Are the Penalties?

Swango Law P.C2017-04-11T14:30:30+00:00
By Swango Law P.C DUI BAC, blood alcohol, breath test, field sobriety, penalties, sobriety tests Comments Off on Is a DUI/DWI a Felony or Misdemeanor in Virginia? What Are the Penalties?

Virginia categorizes Driving Under the Influence (DUI) and Driving While Intoxicated (DWI) together, although there are subtle distinctions between the two drunk driving classifications.  DWI determinations are made by taking a blood sample, or a breath sample using a breathalyzer.  A DUI conviction is obtained when there is sufficient evidence that a person has consumed enough alcohol, or other substances, to result in observable impairment of conduct, speech, coordination, or overall appearance.

How Are DUIs and DWIs Classified?

First offense DUI/DWI convictions are classified as misdemeanors.  Individuals who have received a third DUI/DWI will be charged with a felony conviction, and face higher penalties. DUI/DWI charges are serious for first-time offenders as well as repeat DUI offenders, and can result in negative impacts on your liberty, your wallet, your freedom to operate a motor vehicle, your insurance rates, and your reputation.  Virginia’s penalties for drunken driving have increased in severity over the past few years, and currently there is the potential of mandatory jail time for specific types of offenses, even for first time offenders.

In Virginia DUI and DWI charges, the government must prove that the person operated a motor vehicle while impaired, even if they only inserted the keys into the ignition.  Police officers must also adhere to proper protocol when stopping a vehicle, and must have probable cause, a critical component for DUI/DWI investigations.  Various roadside activities are carried out to establish probable cause, which may include:

Roadside actions by police officers are extremely subjective in interpretation, and all are performed with the single goal of providing probable cause prior to an arrest.  Without probable cause, the results of blood-alcohol or chemical tests performed later, could be excluded from consideration by the court.

Virginia law determines that a crime has been committed if a person has been found to be driving with a blood alcohol concentration (BAC) level at, or above 0.08, and above minute milligrams of narcotics, such as PCP, methamphetamines, or cocaine.

Individuals are frequently convicted of DUI/DWI without BAC evidence.  Circumstantial evidence is often sufficient to convict a driver of being under the influence, such as:

DUI/DWI convictions vary according to a variety of factors that come together to make the case.  These factors include:

The consequences of a DUI/DWI conviction vary according to the BAC determined by a breath or blood test, and whether this is a first, or successive offense.  Penalties may include:

The Code of Virginia classifies DWI as a Class 1 misdemeanor, and convicted individuals may be fined up to $2,500, and serve up to one year in jail.  A mandatory minimum fine of $250 is assigned for all DUI/DWI convictions, but if the offender’s BAC is .15% or higher, the law requires the individual to serve a minimum of five days in jail, and ten days in jail if the person’s BAC is higher than .20%.  A third offense is charged with a Class 6 felony.  If convicted, the individual may face up to five years in a state prison, incur a 90-day mandatory minimum jail sentence, and a mandatory minimum $1,000 fine.  If the DUI/DWI event caused serious injuries resulting in permanent or severe physical disability, or death, the individual may be charged with a Class 6 felony, even if they are a first-time offender.

Virginia law regarding DUI/DWI charges is complex, and the penalties can vary significantly.  If you are facing a drunk driving charge in Virginia, Swango Law’s experienced DUI lawyers can help.  They know that your life just got more complicated by some zillion degrees. Contact their experienced DUI/DWI lawyers, and let them help you build your best defense strategy.  Call Swango Law’s Virginia Beach DUI lawyers today at (757) 383-9229 to schedule your free consultation.

Warning: count(): Parameter must be an array or an object that implements Countable in /homepages/41/d585702714/htdocs/newswangolaw/wp-includes/class-wp-comment-query.php on line 399 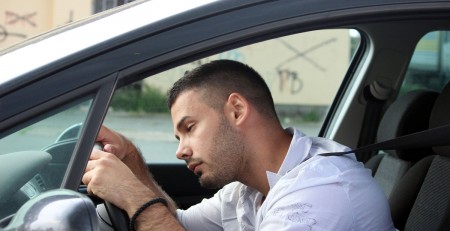 DUI Convictions & Ignition Interlock Devices: What You Should Know

Drunk driving is a serious offense, and if you’ve been convicted of driving under... read more

A skilled attorney may be able to help you reduce the severity of these... read more

Just because you failed the tests does not mean you are automatically guilty of... read more 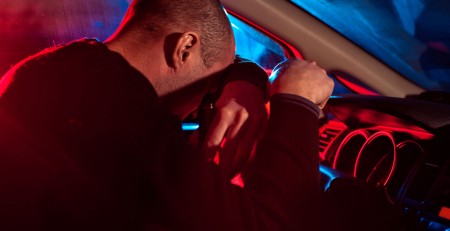 Conviction on a repeat DUI offense carries a high likelihood of jail time, in... read more

Possession with Intent to Distribute: What It Means in Virginia October 9, 2017

DUI Convictions & Ignition Interlock Devices: What You Should Know September 25, 2017

Making a Personal Injury Claim: The Statute of Limitations in Virginia July 31, 2017

Reckless Driving in Virginia: What to Expect in Court April 26, 2017