15 Ways to Get a Reckless Driving in Virginia

15 Ways to Get a Reckless Driving in Virginia

Virginia takes reckless driving seriously.  Drivers convicted are guilty of committing a class 1 criminal charge, the same criminal classification as a DUI/DWI conviction.  Criminal charges can stay on your record for years, and can have a huge impact on your lifestyle.  Professionals who need security clearances for their occupation may lose those authorizations.  Military or government contractors, who deal with sensitive matters, may not be able to get required sanctions.  Insurance costs significantly raise.     Unfortunately, many driving behaviors that are considered traffic violations in other states, are categorized as reckless driving in Virginia.  The following are fifteen ways to get charged with reckless driving in Virginia.

A reckless driving ticket comes with the possibility of a $2,500 fine, a six-month license suspension, up to a year in jail, and a permanent criminal record.  Following is a list of all fifteen of the Virginia Codes that deal with reckless driving:

Do You Have to Go to Court for a Reckless Driving Ticket?

When you receive a ticket for reckless driving, it is a demand that you appear personally in court.  On the ticket, under Law Section, the specific Reckless Driving Code violation will be filled in by the officer, as well as, any officer notes, often which give a description of the violation, and how it was measured.  The summons will give you a court date, in the city, or county General District Court you must appear in.  Failing to appear in court could cause a warrant to be ordered for your arrest.

What are the Most Common Reckless Driving Tickets?

The most common reckless driving ticket given out by officers is violation of Virginia Code § 46.2-862, relating to drivers who speed.  Virginia deems it a crime to drive over 80 miles per hour (mph), or 20 mph over the speed limit.  A simple speeding ticket may be taken care of by paying a fine after you return home.  Because reckless driving tickets are criminal, they are much more problematic.  You can receive a Reckless Diving Speeding ticket even when you are not otherwise driving recklessly, such as weaving, or changing lanes.  If the speeding criteria are met, the charge is reckless driving.

The second most commonly given reckless driving ticket is Virginia Code § 46.2-852 involving any behavior of a driver that puts life, limb, or property in danger.  General reckless driving citations may be given to distracted drivers, those that tailgate, speeding violators, or those drivers expressing road rage.   In Virginia, these actions are considered criminal.  Obviously, the general reckless driving ticket will apply to a variety of situations, and is a catch-all term.  Officers regularly assign this code in the following cases:

There are political and financial reasons behind Virginia’s severe laws regarding reckless driving behavior.  Strict traffic laws should keep people safer.  Financially, the fines for reckless driving can go up to $2,500, and while a lower amount is often imposed, reckless driving fines almost always exceed the cost of a $250 speeding ticket.  Court costs are also significantly higher for misdemeanor offenses than those incurred for a traffic ticket, which gives added financial incentive for the state.

Because of the criminal nature of the charge, always contest a Virginia reckless driving charge.  Don’t risk having a criminal conviction on your record for life.  Contact Swango Law P.C.’s experienced Virginia Beach reckless driving lawyers today at 757-383-9229. We serve all of Hampton Roads from Norfolk and Chesapeake to Hampton and Newport News!

Warning: count(): Parameter must be an array or an object that implements Countable in /homepages/41/d585702714/htdocs/newswangolaw/wp-includes/class-wp-comment-query.php on line 399 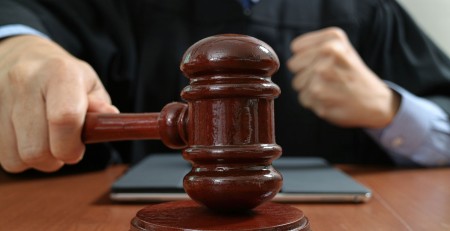 Reckless Driving in Virginia: What to Expect in Court

So you were reckless ... and you were driving. You were going 25 miles... read more

We offer convenient and knowledgeable legal representation from a Virginia out-of-state DUI and traffic... read more

In the state of Virginia, the penalties for driving with a suspended license can... read more

The consequences of a reckless driving conviction can be incredibly — SUPRISINGLY— severe. At... read more

With help from an experienced traffic ticket legal firm like Swango Law, you may... read more

Possession with Intent to Distribute: What It Means in Virginia October 9, 2017

DUI Convictions & Ignition Interlock Devices: What You Should Know September 25, 2017

Making a Personal Injury Claim: The Statute of Limitations in Virginia July 31, 2017

Reckless Driving in Virginia: What to Expect in Court April 26, 2017