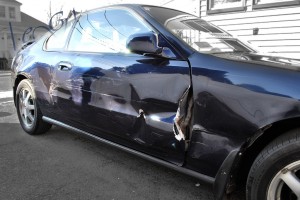 29-year-old Shaquita McCou is still in an Atlanta hospital recovering from the severe injuries she sustained during a DUI accident last Friday evening. McCou was hit a driver on the sidewalk in front of the entrance to the Cheetah night club in Atlanta.

According to a report, Robert Fitzgerald hit the woman and didn’t even stop to check on her. Instead, the suspect fled the scene but was later arrested for allegedly driving under the influence.

Meanwhile, Fitzgerald was charged with DUI and hit-and-run. He was released from jail on a $60,000 bond.

2-Year Imprisonment Due to DUI

20 Years in Prison Due to DUI