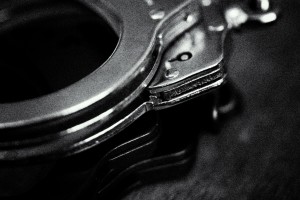 Laura Kelsch, 58 years old, was arrested for driving under the influence twice within a 3-hour period.

According to report, the first arrest happened when the vehicle Kelsch was driving smashed into the front portion of a Black Diamond store. She was supposed to be taken to Enumclaw jail but the place was so full that she was eventually released. But within half an hour, she returned to buy an alcohol and that was when the her husband’s truck got into an accident.

“I think she made some bad choices,” said Cole Cameron, who witnessed the initial crash. “I think she didn’t learn her lesson the first time.”

Cop Suspended After Getting Charged with DUI

Update on The Chatham Murder

Dina Lohan was cited last Thursday evening for allegedly driving under the influence at... read more

55-year old Carol Omeara was arrested last Wednesday for driving under the influence.According to... read more

Douglas Hervey, 20 years old, was arrested for drunk driving and other charges after... read more

45-year old Thomas Chagnon, an Enfield officer, was arrested and charged with driving under... read more

6 of the Most Bizarre Car Accidents

Every so often, we hear on the news some eccentric story about a vehicular... read more