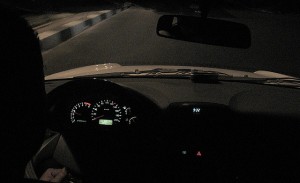 Relative to a recent traffic stop, 41-year old Jeffrey A. Patchin, who had three prior DUI convictions, got cited for the same charge.

According to report, authorities received a complaint regarding a reckless driving case on U.S. 20 in Hartland Township. The New London driver submitted himself to a breathalyzer test where results returned positive.

Records show that Patchin had prior DUI convictions from 1991 to 2012.

Visit norwalkreflector.com for more of this story.

Italian Priest Arrested for Theft of Funds and Mismanagement of Hospital

An Italian Catholic priest has been arrested for stealing 4 million euros from DI... read more

After being accused of driving recklessly that killed a pedestrian last year, Myron “Benjamin”... read more

Three-Year Imprisonment due to DUI

Parents of Scott Leister, the victim who died in a fatal DUI crash five... read more

For the first quarter of 2013, the crime rate in Columbia has significantly decreased... read more

Driving during fall can present some safety problems. To the careful driver, these problems... read more