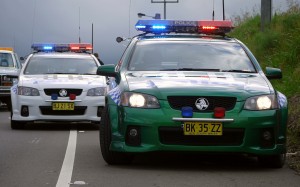 Following a crash on Sunset Bench Road near Stevensville, 46-year old Stacey Ann Klare was charged with driving under the influence last Monday.

According to records, Klare’s 1993 Ford Explorer was traveling eastbound when it went off the right side of the road and then smashed into a power pole. Instead of reporting the incident, the suspect allegedly drove .7 miles from the scene and was unable to make it home since the vehicle can no longer make a turn into the driveway.

Based on the preliminary breath test, Klare’s BAC was at .265 percent.

Visit missoulian.com for more of this story.

According to the Florida Highway Patrol, a Punta Gorda motorcyclist died and an Estero... read more

A DUI charge against ABC News personality Sam Donaldson has been dismissed due to... read more

44-year-old Mark Sikora was arrested for driving under the influence after he allegedly hung... read more