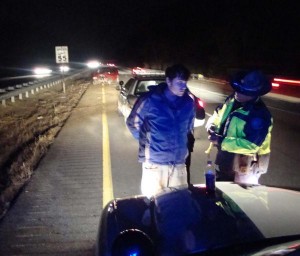 Al Fox, who is an advocate of ending the trade embargo and travel restrictions to Cuba, was arrested last February 21 for driving under the influence. He was released the next day since his urine test was proven clean. Surprisingly, he also blew a 0.000 blood alcohol level.

Just recently, Fox stated that he plans to take legal action over his arrest and says that he was not detained due to violation of traffic rules but because of conspiracy by his arrestor, Sgt Ray Fernandez. This DUI officer was also involved in the arrest of C. Philip Campbell, which according to the latter’s attorney was a setup.

Find out more about Al Fox’s case by clicking on this link.

If you’re hoping to visit Canada for a vacation and your criminal record is... read more

After Deborah Pettyjohn fled the scene of a car crash, she was charged by... read more

A Coconino County man was charged with DUI for the third time, a little more than... read more

12 Arrests in a DUI Sobriety Checkpoint

Over the weekend, 12 individuals were arrested by the Howard County police officers during... read more

Here are Some Tips for Driving on Ice and Snow

In the United States, about 458 individuals were said to have lost their lives... read more