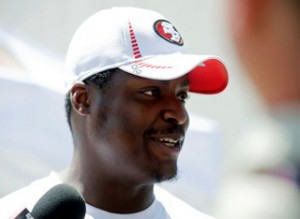 California Highway Patrol (CHP) – San Francisco 49ers player Demarcus Dobbs could be charged in the next few days with driving under the influence (DUI) and marijuana possession. According to CHP spokesman Officer D.J. Sarabia, Dobbs, who just turned 25 last Friday, was arrested for suspicion of DUI and possessing less than an ounce of marijuana, both misdemeanors, after crashing his car in Santa Clara.

The CHP has been working on a report about the incident and Sarabia said it should be completed and submitted to the Santa Clara County District Attorney’s Office by Friday.

The team 49ers said, “The 49ers are aware of the recent matter involving Demarcus Dobbs. We are gathering the relevant facts as it pertains to this situation.”

Stefano Riccioletti, a well-known chef, was killed in a gruesome hit-and-run crash in South... read more

Halloween is a holiday that means fun for a lot of people. However, with... read more

No DUI Arrests during a Sobriety Checkpoint

Woman Who Fought with Police During Arrest Faces DUI Charge

36-year old Amy Denise Nickel was arrested for driving under the influence after she... read more

After Deborah Pettyjohn fled the scene of a car crash, she was charged by... read more

Just this Monday morning at Stewartville, Minnesota, a school bus driver from the Engle... read more