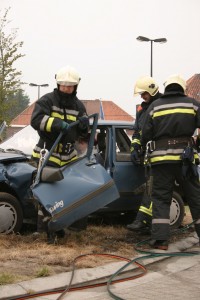 A man from Ohio was hit with four counts of DUI charges. It occurred over the weekend and the police said that it all happened after he recklessly drove in the borough.

The man was identified as Ramon Sanchez, 54. He is now facing a multitude of DUI charges – four counts of DUI, with a count each of actually disregarding the traffic lane where he was driving and for careless driving. It all came from the incident that happened last November 24.

Court documents state that Sanchez was witnessed by a Schuylkill Township Police officer to have swerved several times while in his pickup truck during that evening. The officer was finally able to pull him over at 2:02 in the morning on the 1000 block of West Bridge Street.

The report mentioned that the officer was able to note that Sanchez smelled of alcohol right at the moment when he spoke with him, and that he also had bloodshot eyes. Sanchez has reportedly admitted that he drank a few beers during dinner.

DUI Driver Arrested at a Checkpoint

At a checkpoint held Friday night, one driver was arrested on suspicion of driving... read more

Under the 2010 law prohibiting reckless driving in pursuit of a paparazzi payday, the... read more

Man Sentenced to 15 Years in Prison Due to Dui Arrest

What to Do as a Witness of a Hit and Run

A lot of things can happen on the road whether you are a driver,... read more

In Michigan, October means a time to be extra careful for drivers out there.... read more

25 Years in Prison for DUI Manslaughter

During an evening checkpoint at Blair Country, ten individuals were charged for driving under... read more