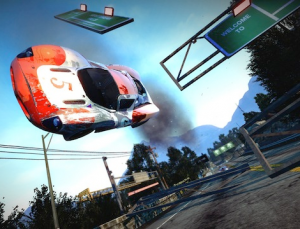 Here’s a confirmation of what a lot of people have already been suspecting before. A report based on recent studies states that, kids who play violent video games such as Grand Theft Auto III are likely to become reckless drivers in real life.

The study went ahead and asked teenagers if they actually did perform the acts of reckless driving that can be done on the video games.  The research was conducted over a period of several years and it involved thousands of students. This takes a deeper look into the effects of video games on young players.

Here is a part of the article by Jon Bardin which appeared on the Los Angeles Times, “The findings were consistent even when the researchers controlled for a number of variables, including parenting style in the kids’ households, and held even when the kids reported playing violent games that had nothing to do with driving, like the game “Spider-Man.”

So if the games don’t directly teach kids poor driving habits, what gives? The authors of the study propose that violent video games change a young player’s self-perception, so that they see themselves as someone who does risky things.

In other words, the researchers suggest, the players become more like the characters they are controlling on screen.”

In case you are looking for a good dui lawyer in Virginia Beach, you can click here.

Is Getting Charged with Misdemeanour Actually Better Than DUI?

What would you do if you’ll soon be charged with another driving under the... read more

24-year old Oakland man may face felony charges of driving under the influence after... read more

Man Sentenced to 15 Years in Prison Due to Dui Arrest

Following the death of four individuals in an accident on Middle Ring Road last... read more

As part of the city's hosting of the Olympic Games, road restrictions are now... read more

What to Do as a Witness of a Hit and Run

A lot of things can happen on the road whether you are a driver,... read more

A total of four individuals were seriously injured in a two-vehicle crash about Tuesday... read more