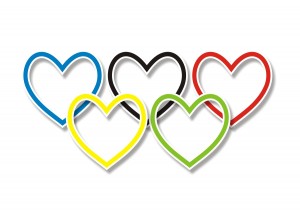 As part of the city’s hosting of the Olympic Games, road restrictions are now being enforced on London roads to ensure that athletes, officials, and other participants of the games will have an easy time traveling around the city. These restrictions are now being put into place. There are over 30 miles of the so called Games Lanes within the city.

The Games Lanes are just part of the 109 mile Olympic Route Network which is a greater network of roads and streets that are most affected by the hosting of the games. But the problem is that the enforcement of the restrictions has caused a lot of confusion.

Some of the supposedly restricted lanes are open to traffic while others are not. This has led to some confusion among the drivers, which in turn has caused some traffic jams. By the end of the day, after the first enforcement of the restrictions, things became more normal.

Hopefully, the London motorist are learning to deal with the new lanes.

For more information about the Games Lanes you can read the full article by Tom Edwards of BBC News here.

If what you need is the top Dui lawyer in Virginia Beach then you can check this site.

Although it doesn't necessarily follow that men are far better drivers than women, that... read more

School season can be a risky time for motorists and pedestrians alike. With increased... read more

A driver from southern Alberta praised for saving four kids from being struck by... read more

Petra Bakker-Borhani, 24 years old, was charged with driving under the influence after allegedly... read more