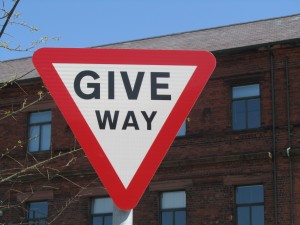 Deaths resulting from traffic accidents on American roads saw an increase in the first quarter of 2012. This is according to the National Highway Traffic Safety Administration.  That government agency has been keeping track of the fatalities resulting from traffic related accidents since the mid-70s. They reported that about 7,630 people were killed in the first quarter of the year.

The increase is significant since it is the second highest spike since they started compiling the related data. It is also against the trend which has seen the number of fatalities decreasing in previous quarters.

The agency was at a loss when it comes to explaining the possible cause of such a spike. They did cite the fact that the temperature might have played a significant role in the increase in the number of fatalities. They speculated that the higher temperature might have caused an increase in the amount of traveling made by people, and which increased the likelihood of accidents happening.

Pete Bigelow of AOL Autos has written a great article on this. You can click here to read that article in full.

If you want to know more about the best reckless driving lawyer in Virginia Beach then go to this link.

An Admission of Guilt: Reckless Driving and the New SF Archbishop

It was not a very good way to start your appointment as the new... read more

As part of the city's hosting of the Olympic Games, road restrictions are now... read more

For many years, Bruce Syphers had been teaching high school students how to drive.... read more

While nobody got hurt in the incident, a 17-year old Jamie Lee Jaynes was... read more

Man Faces DUI Charge after Smashing into a Tree

A man, who was unidentified, was arrested for driving under the influence last Saturday... read more

Al Fox, who is an advocate of ending the trade embargo and travel restrictions... read more