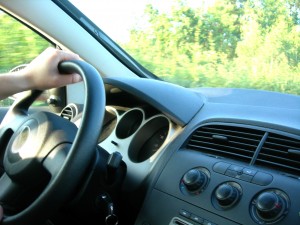 Studies indicate that younger drivers are the ones most likely to become involved in fatal car crashes in the United States. The Centers for Disease Control and Prevention has stated in a report that people aged from 15 to 24 account for about 22% of the fatalities involved in motor vehicle accidents.

The study also indicates that fatal car crashes are more likely to occur in the Southern part of the United States. Though the study did not include the reasons for the accidents, the experts assumed that it was caused by involvement in higher risk driving conditions, such as driving when it is dark or having multiple passengers in a vehicle.

Experts said that one way to curb these accidents is to enforce graduated driver licensing. These rules would limit the independent driving of young people so that they are less likely to be on their own when driving on the road.  They also stated that parents should play a very important role and that they should form a driving agreement with their children.

Ryan Jaslow has written an enlightening article regarding the study. You can click here to read it.

For information about the the top reckless driving lawyer in Virginia Beach, go here.

School season can be a risky time for motorists and pedestrians alike. With increased... read more

An 18-year-old Florence man faces DUI charge after being getting involved in a two-car... read more

Man Charged for Reckless Driving After Trying to Pull Over Cop

Steve McClain is facing a charge for reckless driving after rolling up alongside a... read more

Man Locks Up Drunk Cop in Backseat of Own Police Vehicle

Russell George, a regular South African man, become a cop for a day when... read more

20-year-old Earl Smith Jr. was arrested Sunday morning for driving under the influence after... read more

According to a press release from the Police Public Relations Department, Philmore Warner was... read more